You are here: Home / Archives for Lynwood Jordan

The website is undergoing some changes, and the expected updates have not yet been done. It appears that the cancer treatments will continue for the rest of 2021, although the results have been excellent. Updates will occur as it becomes possible to work them in.

So many of you were very kind during the last two weeks of 2020, with your calls, visits, letters, cards, etc. Now that I am almost finished with the first week of my retirement, which also happens to be the first week of Chemo and radiation, I realize anew how much that kindness means. Some of my time will be spent writing to you to express my gratitude. Also, I hope to soon start publishing articles again relating to the subject matter of this website. Thank you.

As I begin my retirement with radiation, chemotherapy, and later surgery, I am most grateful for your prayers – and the thoughts which you have conveyed to me. This is the only battle to fight right now. Thank you so much for helping me.

As stated in the July 2020 entry on this website, retirement is in the offing in less than two months.  This is “real” retirement and my State Bar membership will be “Emeritus” as of January 1, 2021.

Over 50 years ago I began my journey in the law while serving in the United States Army during the Vietnam War.  Since then, there have been fulfilling experiences for which I am most grateful.

Now, it is time for children, grandchildren, and great grandchildren.  Over the next few weeks I will be pulling down the portions of this site relating to the Court itself.  Later on, I may engage in some writing.

Thank you again to the Forsyth County citizens for the support over all this time.

As I move toward retirement at the end of this year, 2020, I must say “thank you” to the citizens of Forsyth County who have helped me over the past 45+ years as I practiced law, then served in the judiciary. Forsyth County is truly a wonderful place filled with good people.

It is obvious that I have neglected this site for the past three years or more, as there have been other demands taking most of the extra time. Retirement will, however, allow some writing for a time until all of the ideas are gone! You have allowed me to maintain offices on all four quadrants of the Courthouse Square in town, and in the center! Thank you. 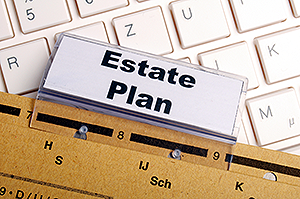 August 4, 2016.  I was recently reminded of a hidden danger when a person downloads a will form or obtains an “internet vendor” prepared will, and prints the document for it to be executed as that person’s final Last Will and Testament.

I have often mentioned the advisability of a person seeking legal advice, have given some pointers on finding an able and affordable attorney, and have mentioned the pitfalls of choosing the wrong attorney.  There are pitfalls in the Do It Yourself arena also, and I was reminded of one recently.

When a person prints out his or her own will, and is not exceedingly familiar with how it should look, or what it should contain, the simple process of printing improperly may create a situation where the document is potentially worthless – not because it is not worded properly, but because of something else.

In the case to which I refer, a person did his or her own will and, I presume, it was done properly; however, in the process of printing, something was left out – and it was obvious.  At this point, the person is deceased, so we will never know the cause.  It could have been (1) the form was wrong; (2) the document was transmitted improperly; (3) the printer was not calibrated properly; (4) the proper page size was not set; (5) the person signing dropped a page or thought it unnecessary; or (6) part was lost.  Whatever the cause, the document probably does not meet the requirements of law to be considered a valid last will and testament.

What is missing?  Two little signature lines at the bottom of a page.

The decedent in this case probably did not know the difference.  Presumably, an attorney would have spotted the problem.

Such are the dangers of preparing ones own documents, or even just printing them, for signatures.

June 20, 2016.  I am about to expand the information offerings beyond the brochure publications (which are available here at the Probate Court and online) to multimedia presentations in various forms.  The first one will be on “trusts.”

So many people have questions about “trusts.”  What are they?  How do they work? What are they for? Do I need one?  Watch this site for this coming multimedia presentation.  It will be followed by others which should present subject matter areas in a way which is convenient to absorb.  None will be lengthy.  Stay tuned.

Throughout this site you will find references to Georgia statutes.  Attorneys pay expensive subscription services for access to the Georgia law which includes case opinions, treatises, research resources, etc.

On this site, there are references to the Georgia statutes – the laws appearing in the Georgia Code which are the laws passed by the Legislature and signed into law by the Governor.

You can look up these laws for yourself, for free, on the Georgia General Assembly web site.

Click on this link to go to the Georgia General Assembly Main Web Page.

Once there, click on the “Georgia Code” link in the left column, accept the agreement, and read the official code to your heart’s content! 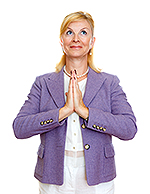 I sure hope he left a note where his will is!

After someone dies, It is necessary to file the original will with the Probate Court – not a copy, not a duplicate.  A person can have only one will.

If a person’s original last will and testament cannot be found after that person dies, then there is a presumption that the person revoked the will prior to his or her death.  That creates big problems.

Therefore, if you have taken the time to prepare your last will and testament, take the time to make sure the original is kept safe, is not lost, and that your loved ones know where to find it if something happens to you.

Your heirs, and your Probate Judge, will thank you!

In a separate post later, I’ll mention a handy way to make sure your will is safeguarded – by filing it with the Probate Court during your lifetime.  That is called filing the Last Will and Testament for “safekeeping.”  I’ll include a copy of the law in that post. 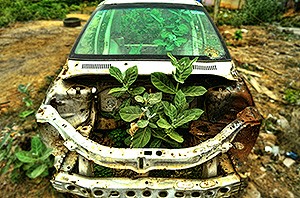 June 9, 2015.  Occasionally, a deceased person will leave minimal property.  Perhaps a small bank account – and a car.  And that’s about it.

I have already discussed the possibilities with regard to the small bank account.  You can read that post here.  What about the vehicle?

If certain conditions are met, one may be able to transfer the title to the vehicle without going through any procedure in Probate Court.  There is an official form which you can download from this site, valid as of the date of this post.  I will post the link shortly.

Note that this process requires an affidavit – a document under oath – which states many facts. The operative facts in the form are:

“…who at the time of his or her death was the owner of the motor vehicle described below, left no will; no application for the administration of the estate of the deceased is to be had; the estate is not indebted; and the surviving spouse, if any, and the heirs, if any, have amicably agreed among themselves upon a division of the estate that the certificate of title for said vehicle be issued to the person named below.”  (Emphasis Supplied)  (I will have another post soon about what “heirs” are.)

I have underlined certain parts of the above language because all of those facts must be present.  Note also that a copy of any will not probated must be attached (see the bottom of the form.)  Other documents must be attached also.

Please note also that if a person leaves a will, but it is not going to be probated, it still must be filed with the Probate Court in the county of residence of the deceased.  A petition to probate the will is not required; however, the will must be filed.  Note also that a will does not have any effect whatsoever until it is probated, that is, admitted to probate by the Probate Judge after a proper petition to probate is filed.

“Thank You” Forsyth County for 45+ Years on the Square